But we can end it. So let's start there:

No amendment is needed to end Citizens United &
corporate personhood, just this two-part statutory procedure.
Call your Senators & Representative and tell them to pass it!

Corporate personhood was established in law by a clerical error that added unintended words to a Supreme Court decision in 1886 (Santa Clara County v Southern Pacific Railroad Company, 118 US 394, (1886)).
Unlike the legislative and executive branches, the federal judiciary is governed by rules made or authorized by Congress. The Supreme Court can’t overturn a Congressional statute governing the judiciary. Statutes are vulnerable to repeal or revocation, but changing a basic and sensible rule like that would be hard to justify.

​Once it ends Santa Clara County and its progeny, Congress can pass the statute below restating that property may only have limited government-granted privileges representing commercial and not personhood interests. No amendment is needed for such a statute.

Any previous such conferral or such exercise, or state or United States action based on it, is void.

Without the accidentally-created precedent the Court can’t overrule it.

The Constitution nowhere allows property personhood rights, only implied government-granted privileges.
"We the People" is the first and most important phrase in it. Other terms are defined in relation to it.

Personhood is a vital constitutional concept and the Framers defined it carefully.

(The Constitution is elegant; that is, it defines terms by using them.)

Although state laws sometimes called slaves property the Constitution never does.
The descriptions of slaves as simply persons, not property in Article I, section 1:

"...three-fifths of all other Persons."

and (with indentured servants) in Article IV, section 2:
"No Person held to Service or Labour in one State..."

Article I, Section 2: "No Person shall be a Representative
who shall not have attained to the age of twenty-five Years [...]"

This defines a "person" as able to "attain to an age". This distinguishes natural persons from corporations, which can certainly exist for twenty-five years but can never have an age. Aging is an organic process. (Wine can age because it's organic. Soda can't.) That paragraph goes on:

Amendment XIV defines "a citizen of the United States" as someone who can be born or naturalized, neither of which can be done by any but a natural person:

"All persons born or naturalized in the United States,
and subject to the jurisdiction thereof, are citizens [...]"

Slaves were always legally people even when they were also legally property. Personhood can't be parceled out. Noone can be a person for some purposes and not be a person for others. (This also creates a second proof: The Constitution can't cause absurdity. Since it would be absurd for an artificial entity to hold public office it can't have personhood for any purpose.)
​There are other clauses also limiting personhood to natural persons, but we need go no further. We didn't delegate the use of any of our personhood rights or powers to corporations in the text and neither Congress nor state legislatures can redelegate anything we delegate to them.
They can only grant privileges.

Since the Constitution already limits personhood to natural persons,

why is Citizens United so hard to correct?

As long as the public’s powers remain eroded, they don’t have to.

And as long as they're beholden to campaign donors and lobbyists, they're not going to.

It's true that only the Constitution can specifically prohibit corporations from:

However, since the Constitution implies citizenship is limited to individual persons (all the clauses creating requirements for holding office imply it, as does Amendment XIV), once the Santa Clara County error is behind us a state or federal statute can affirm that personhood rights may only be exercised by individuals. This prevents corporate citizenship. It also prevents end runs around the statute by calling corporations "associations of people". An amendment that restricted personhood rights to persons without requiring that such rights be individual would be useless.
Requiring personhood rights to be exercised by people as individuals wouldn't affect Amendment I's right of association. Nor would it affect any privileges held by groups or associations. It just means no group can have its own personhood rights, letting its members "double" their personhood.

The above statute also includes necessary clauses not found in any amendment introduced into Congress:

Ending corporate personhood isn’t a Constitution-sized or Constitution-appropriate issue. Because it’s so painful right now it seems larger than it is. Just by keeping public electoral functions public, this would keep corporations out of them using safe text appropriate to the Constitution.

Loss of personhood won’t disadvantage corporations because legislation can privilege an entity to sign contracts or do anything a person can do that property has a valid need to do. The Constitution protects speech by nonpersons: they would retain speech as a privilege. Removing corporate personhood wouldn't affect corporate speech rights. We can't really muzzle nonpersons, which have other advertising business. But personhood rights are inalienable and privileges aren't, reducing their legal protections. Other considerations could override them, and they would be subject to local, state and federal regulation.

Adding corporations to the Constitution without more public debate would be a disaster. Undoing the damage would take another amendment. We should avoid addressing topical issues in the Constitution (remember Prohibition?) but the erosion of our political tools makes us forget when we have perfectly good solutions using the everyday process (after freeing legislators from private campaign funding, of course).
If we're going to add corporations to the Constitution shouldn't we define them clearly and completely? When this country was founded the private corporation was still controversial. None of what we now consider the traditional corporate prerogatives:

was guaranteed to become part of the form in 1789. But as a nation with a new, experimental form of government across an ocean from the centers of commerce, we needed to encourage investment. It's no accident the modern open stock market began here. There's no special problem with letting corporations own property or hire people. But the great question of our time, accountability, started with the limitations on human liability caused by letting corporations sue or be sued.

We should avoid giving corporations the Constitution's automatic legitimacy. We haven't finalized what they can and can't do, or even whether they're in our best interest - any form created by law can be abolished!

Words in the Constitution are defined as what they meant when ratified. If we put the word "corporation" into the text and later tried to limit the powers of corporations, they could sue Congress - and win.
They could also change the terminology for "corporation".
The statute above uses the word "property".
No other word should be used.
"Property" covers corporations by that name or any other.

​Constitutional provisions overarch statutes. If we were to add an economic amendment it might include clauses on the corporate form. It might also include clauses on monopolies and combinations or cartels (Jefferson wanted the Constitution to ban these), government officer conflict of interest, how a balanced budget requirement might function (and whether we need one - this one needs more debate!), and other government or legal structural questions, setting an overall economic policy.

But even the tail end of a corrupt era is the wrong time to set economic policy and we’d still need to restore the public’s political powers first. We should probably begin to discuss whether we need an economic amendment, but we haven’t even begun the debate. The political process has been through focused debate in this generation and especially since Citizens' United. With more than 85% of Americans in agreement, we’ve reached a percentage of national consensus associated with ratification, an indication of ripeness. We’re ready to amend the political process. We’re not ready to amend on economics.

The best evidence that we need this amendment is the fact that even though the Constitution prohibits corporate personhood, no amount of public clamor has had any effect on enforcing it. Until we close the loopholes that have opened in our political process, allowing a lot to be done "over the public's heads", no matter what we do about corporate personhood it'll always find a way back by other schemes.

But together we can restore the original political controls
we set in the Constitution to keep Congress and the President
(and through their appointments, our judges and Justices) reliant on us.

Let's resolve corporate personhood and related problems the right way, the way that will last. 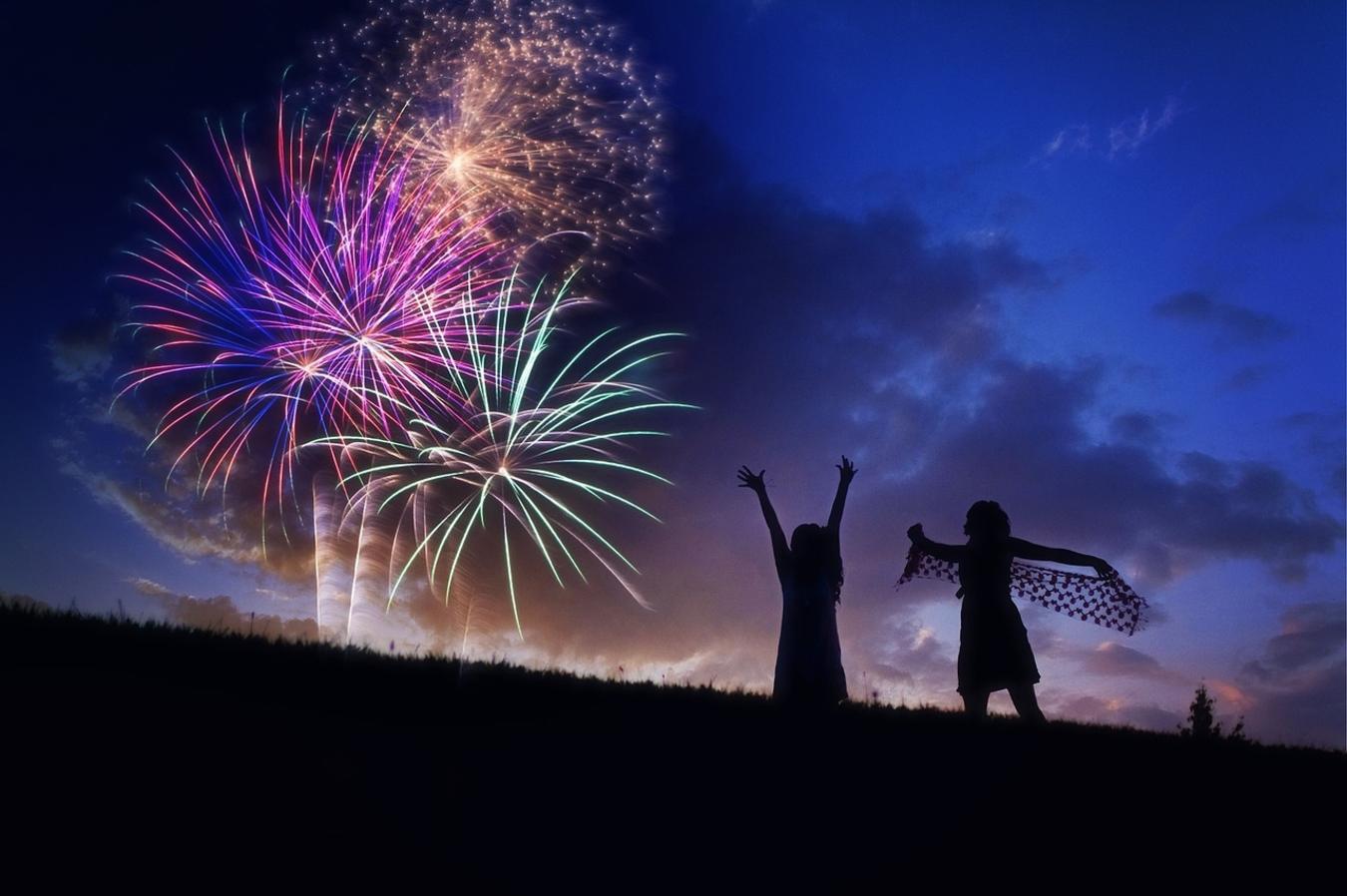 If you've heard that we need an amendment to undo Citizens' United,

you heard a myth. Congress can repeal the relevant statute

and keep it from happening again.

But where would that leave us?

One day before Citizens' United!

​We needed to repair, restore & safeguard

the public's rights and powers in the political process

Citizens' United is a symptom, not a cause. ​​