Can the people of one state repeal Constitutional text?

If states could repeal clauses by statute, many states would have repealed clauses by now. What if individual states could repeal Amendment XVI (the income tax)? And the Constitution delegates districting to Congress (see What's Wrong with this Bill?). For Congress to redelegate it to the states was unconstitutional in the first place. Reredelegating it would be just as unconstitutional even if it was to another part of government, rather than the private sector.

Can state ballot initiatives do anything other state laws can't do?

No. They can't repeal treaties or federal law, or do anything the state's constitution prohibits.

Ballot initiatives are entitled to the same protections as other voting rights. Some state legislatures have been placing limits on them. This amendment would expressly place ballot initiatives under the Constitution's protection (see Ballot Initiatives). 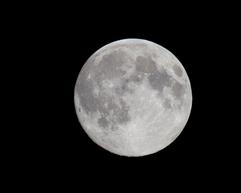 Because the public’s political power has eroded, it’s hard to get legislation even

introduced in Congress without professional lobbying.

But 26 states have established ballot initiatives enabling the public to directly (by petition) or indirectly (by appealing to the legislature) make state policy. And state resolutions can ask Congress to draft or pass a bill. Passage is still up to Congress, but they must attend to resolutions as assertions of the public’s will. It’s no substitute for the public’s Constitutional role, but it can help us repair, restore and safeguard that role by

If your state uses initiatives, put one of our stand-alone bills on one!

The initiative process varies among states.

Your state legislature’s website will detail the process. But the general steps are:

1.  proposal to a designated state officer

3.  if not already done, drafting a final title and summary

6.  direct initiative:goes on the ballot

States with direct ballot initiatives to propose bills are:

​​​
States with indirect ballot initiatives to propose bills that allow direct initiatives if the legislature rejects a bill are:

States with only indirect processes for bills:

Tips on effective use of these processes

can be found at www.iandrinstitute.org,

as well as the histories of states' initiatives

and other information. For more tips,

see Be a Write-in Candidate.