​​The Truth and Accuracy Act

The Truth and Accuracy Act sets an enforceable standard

for addressing the public for a public purpose.

The courts have rejected state honesty statutes as

setting these above the public's right to ordain and establish government.

​Congress has also relied on the Speech and Debate clause.

An amendment is needed to address this problem.

Any sacrifice involving an inalienable right such as speech

must be seriously considered.

Government speech isn’t unrestricted now. Nor are the restrictions content-neutral.

​Congress’ public journals must be true and accurate, although they need not be complete. Its public statements and accounts of receipts and expenditures of public money must be true, accurate and complete.

"Each House shall keep a Journal of its Proceedings, and from time to time publish the same, excepting such Parts as may in their Judgment require Secrecy; and the Yeas and Nays of the Members of either House on any question shall, at the Desire of one-fifth of those Present,

be entered on the Journal."

shall be published from time to time."

Nor is Congress granted the privilege of making false statements on either: at the level of detail that requires journals to include members’ votes “at the Desire of one-fifth of those Present” such a privilege would be specified. Because all rights and powers belong to the people unless delegated, Amendment IX prevents the United States government from taking any rights not granted. Amendment X does the same for powers.

​
The people are responsible for as well as impacted by government conduct. When it is sued, or when it wastes or steals money, it’s our money. Like parents, we have to require it to be honest with us so we can supervise and guide it. The public can't make good decisions on what or whom to support when information is false, misleading or misleadingly incomplete.

This is a self-governance need (see Section 1, and Penalizing Political Fraud).

We've long needed an amendment requiring truth and accuracy in describing and titling Acts at both the state and federal levels. These titles and descriptions have become more like advertising copy than self-governance information, and are about as accurate. Even a reform title doesn't mean reform. Such titles as the "Democracy for All Amendment," the "Empowering Citizens Act," the "Fair Elections Now Act," the "Government by the People Act", are all designed to create a false appearance of effective reform.

The executive branch is also covered as its policies are Acts of the United States or a state. Using the media to affect public opinion on these falls under the Truth and Accuracy clause (see also Restricting Lobbying and Executive in Conflict).

Since the question of constitutionality has voided state measures,

only an amendment can clarify this point.

This amendment is the only proposed solution as of 2016 that does. 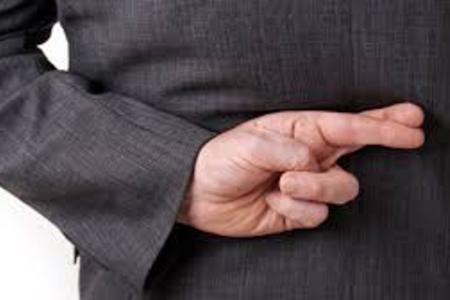