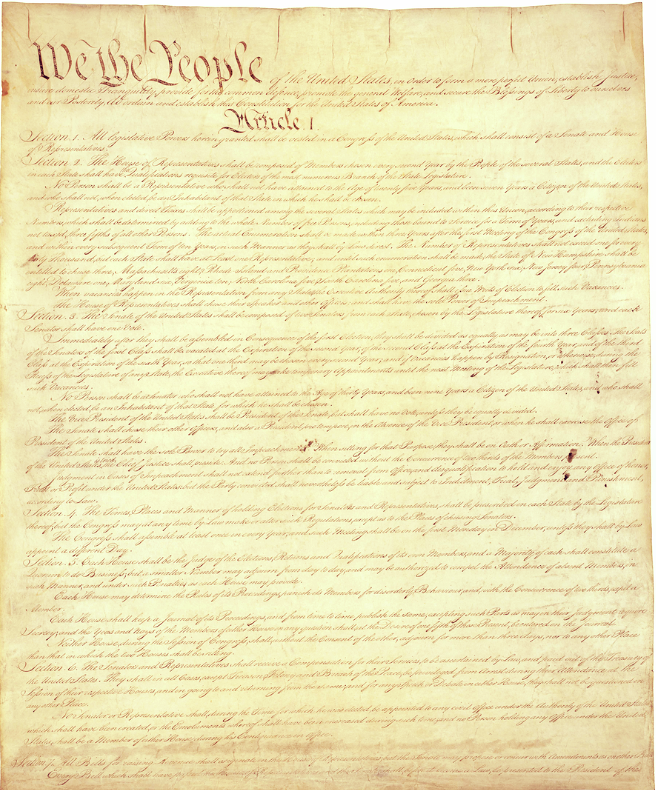 In the Jacobson case, the Court was relying on caselaw drift

(for citation see For the Press).

"to expound the nature and extent and application of the powers actually conferred by the constitution”.

Courts could only refer to the Preamble to resolve questions about the ‘real’ Constitution;

it didn’t do anything.

This error creates a category of "Semi-Constitution" that the Constitution doesn't claim, create or define.

The Preamble consists entirely of an enacting statement (see Preamble vs Purview).

To negate this a different and lesser legal category

would have to be plainly and expressly created for it in the text.

The name 'the Preamble' ​is not in the Constitution.

in a space between the Preamble and Article I

but they didn't do this either.

including itself in it

or "the following Constitution"),

exactly as the Articles do

when they refer to the whole document.

less legally binding than other text.

the people retain the inalienable right and power

to ordain and establish government

even if this one fails us,

and its purposes are continuous.

for the text of the Preamble

it has the same force of law

as the rest of the text.

The Commentary's assertion is false.

Page 1, The Constitution of the United States of America