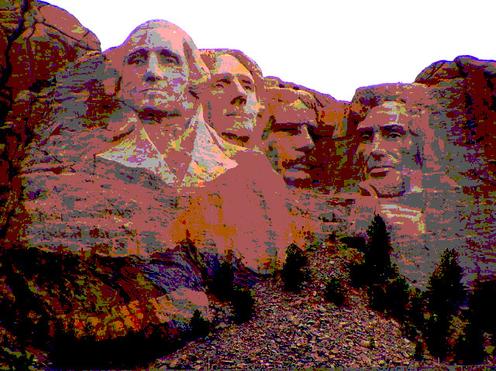 "Congress shall make no law respecting an establishment of religion,

or prohibiting the free exercise thereof;

or abridging the freedom of speech, or of the press;

or the right of the people peaceably to assemble,

and to petition the Government for a redress of grievances."

Article I, Section 6 states that

"for any Speech or Debate in either House,

they shall not be questioned in any other Place."

​But the Constitution sets rules for establishing government

in numerous other clauses.

discuss the political process in some way,

and eleven of the twenty-seven amendments involve it.

"The Times, Places and Manner of holding Elections for Senators and Representatives,

shall be prescribed in each State by the Legislature thereof;

but the Congress may at any time by Law make or alter such Regulations,

except as to the Place of Choosing Senators."

"The United States shall guarantee to every State in this Union a Republican Form of Government,"

In a republican form of government power rests with citizens who vote for representatives, including a president. In a pure democracy citizens vote on measures directly.

But the electorate's gathering of information to decide whether a candidate or bill or any political thing is in our best interest has barely been addressed in the Constitution.

"Each House shall keep a Journal of its Proceedings, and from time to time publish the same,

excepting such Parts as may in their Judgment require Secrecy;

and the Yeas and Nays of the Members of either House on any question shall,

at the Desire of one-fifth of those Present, be entered on the Journal."

shall be published from time to time."

While the Constitution doesn't expect the public to need to know about Congress' proceedings urgently, then, it does anticipate that the public will need self-governance information regularly, and assigns the United States the obligation of providing it.

That's as much as the Constitution addresses directly. The provision of other self-governance information to the public probably wasn't considered worrisome enough to the people's interests to be addressed in 1787. The first two Presidents didn't campaign at all, as it was considered inappropriate. They stood for offices, they didn’t run for them. Laws and rulings gradually diverged from this.