This Amendment gives the Congress    no power over speech content. 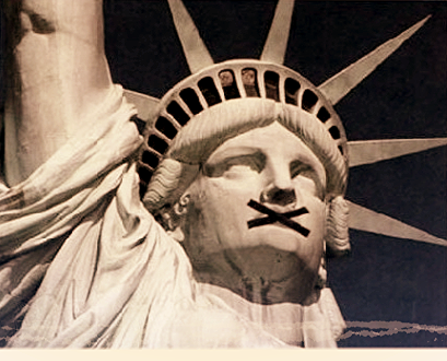 Image processed, Studio Under the Bed

​​Within the restrictions this amendment sets,

or exceeding the Constitution's allowed regulation of political speech.

​
The Electoral clause in Article I, section 4 allows Congress to regulate electoral conduct by

"Congress shall make no law respecting an establishment of religion,

or prohibiting the free exercise thereof;

or abridging the freedom of speech, or of the press;

or the right of the people peaceably to assemble, and to petition the Government for a redress of grievances."

"The Times, Places and Manner of holding Elections for Senators and Representatives,

shall be prescribed in each State by the Legislature thereof;

but the Congress may at any time by Law make or alter such Regulations,

except as to the Place of Choosing Senators."

“In public view Congress, but neither candidates nor sponsors of bills,

will first allocate in a uniform amount

but when repeating these will consider time, place and manner of speech, including repetition.”

This amendment will never distort or unbalance speech protections

as that generation's Supreme Court finds them.

This clause is designed to last.

Where Amendment I protects freedom of speech,

(It connotes this by placing speech and religious rights in parallel.)

This allows other sections of the Constitution to be involved in some forms of speech. It doesn’t violate content neutrality to allow the Commerce Clause to impact commercial speech.

But Congress can't abridge freedom of speech: keep it in name only but gut it in practice.

Because Article I, Section 4 addresses the time, place and manner of holding elections,

Amendment I allows Congress or a state to reasonably limit political speech conduct by:

prior to an election, appointment or an action by Congress or the Executive)

then regulation of manners that cost money is by manner).

But this amendment gives the government no power over speech content.